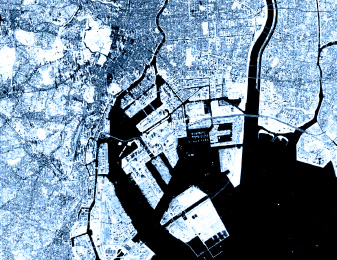 Northern Asia
Designated OE-01/XE has managed to scrape back to 21st century levels of technology. They are in the process of rebuilding roads and infrastructure. We are keeping a close eye on the situation and embedding our executives in key positions in both the industry and Government for easier eventual takeover. We may need to open official trade negotiations soon, we should start measuring public opinion. Threat level is medium.

Middle Eastern Territory
Designated OE-03/WW has started its 18th regional war after the violent takeover of the caliphate by a rival faction. All signs show this cycle will continue indefinitely, provided we continue to ship weapons to anyone looking to get the upper hand. Threat level low as long as we continue to encourage annual conflicts.

Eastern Europe
Designated OE-06/CM is mostly stabilized and up to 20th century standards. Their centralized government continues to work on genetic research with cataclysmic results. Following the 2235 infertility epidemics (originally meant to increase fertility and grow the population, ironically) recent breakthroughs have gotten their population growth back on track. But a private research group is now attempting to create chemical suppressants targeting human emotions. It appears the goal is to eliminate crime and and anti-social behaviour. Their formula is a crude and under-funded reproduction of some of our own; it should be easy to turn their suppressants into an enhancer instead, perhaps targeting the chemical formulas for rage and aggression? Pending Chairman Shiro's approval, we plan to stage an accident in the lab and release an bloodborne version of the virus into the population – we'd considered airborne, but blood based pathogens will increase a sense of paranoia and distrust to greater effect. Vaccines have already been administered to the PAC population via the normal channels. Threat level is minimal. 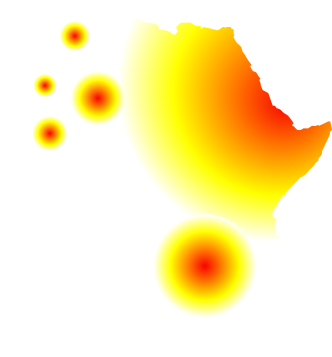 Northern Africa
Designated OE-07/RO has cobbled together into one mega-city. Each year, the city creeps outward a few kilometers in each direction. Attempts to penetrate the city have resulted in failure. And we are unable to pierce the patchwork barrier that has been built around the city with our instruments. We are still uncertain what is going on inside the dome - but we are monitoring the situation for changes. Threat level is extremely high until we have more information.

Southern Africa
Designated OE-08/WB remains outside of our observable range due the magnetic fields and radiation.

The South American Region
Designated 0E-09/DC is similarly unreadable by our instruments.

Former Australia
Designated OE-02/TA remains in anarchy. People cling to water and fuelsources and build grotesque personal kingdoms without a unified sense of law or reason. None have managed to achieve a population higher than 5,000. Typically anyone that gets enough power to make a difference is overthrown by a group of smaller forces who then fall to in-fighting over who gets to be in charge after. Embedded agents have successfully filtered resources to several groups back and forth in order to ensure an ongoing conflict until Eden is prepared to annex the region. The CrackUp team has been working on the right water additives to start spreading the assimilation formulas to accelerate the QuantumOS' Worldwide Initiative. Our current plan is to make our move in 2277 after purging any violent detractors. Threat level is minimal.

The area in the Eastern North American Region
Designated OE-04/FS has resolved it's latest civil conflict and reconsolidated power in the Appalachians. The former farmer-kings have been subjugated and their kingdoms divided up into 'districts'. Early reports indicate the ruling government intends to assign each district with specific labor and industry based on regional makeup and availability of remaining resources. All technological research coming from their intellectual elite appears to be centred on shallow and material concerns – fashion, and comfort seems to be a higher priority than stabilizing the region and preventing a backslide into the feudal struggle. Threat level is extremely low – they can't see far enough past their own issues to see us coming.

In the West North American Region
Designated OE-05/CS control remains divided among the Mega-Corps. Multiple currencies have been created by battling corporate entities in order to entice a free market into subscribing to their nation-state. The result is massive inflation across the board, and all real estate being converted into Franchulates. It's a system of CEO run nations with no borders – territory is held block by block like gang wars of the 20th century. Anyone of value is either killed by a competitor or bought out for billions of worthless credits in whatever currency is trending – then killed by a competitor. This territory has expanded in the last 10 years down to the Panama Canal, bringing in the industrial territory from the south. They have made several attempts to pirate Eden's technology, but nano-security has prevented anything of real value from falling into the wrong hands. It's a grim reminder of what could have happened if Eden hadn't eliminated the free market and unified all industry in the PAC into one monopolized governing body. Threat level is medium – They have weapons, working factories, and a severe need to feel more important than anyone else.